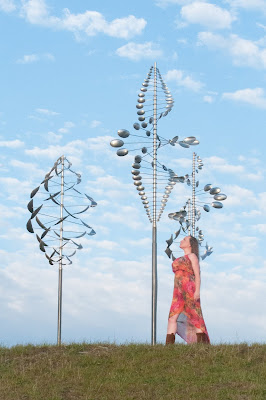 The Calling
If life has taught me anything, it's to always be prepared to cognize any situation life throws our way. The music industry is absolutely no different. There are no rules for rhymes so opportunity can come knocking on our door in ways we never thought possible. That's exactly what happened to my husband (MC ZiLL) and I (Katie Ann). 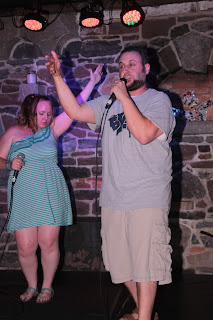 I'm thrilled to announce that we have been called upon to create and develop a very exciting new album that is different from any work we have released in the past. The new album, Faith Alive! Telling God's Stories Today!, will be a hip-hop collection of songs that uniquely represents traditional bible stories.  Below is the first single from our project.
He's Calling Me
Featuring MC ZiLL and Katie Ann
https://youtu.be/5sDwgeTXELU
The song and accompanied lyric video, sponsored by Lord Of Life Church with production and publishing by LK PRO, was debuted in Rochester, NY at the Synod Assembly on June 3rd, 2018. Reprinted below is the article from The Daily Call about He's Calling Me and it's purpose: 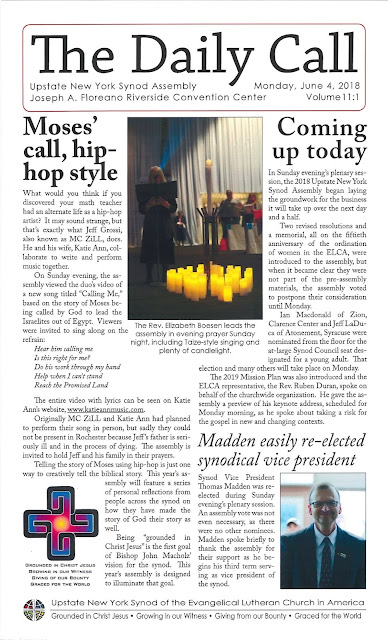 "What would you think if you discovered your math teacher had an alternate life as a hip-hop artist? It may sound strange, but that’s exactly what Jeff Grossi, also known as MC ZiLL, does. He and his wife, Katie Ann, collaborate to write and perform music together.
On Sunday evening, the assembly viewed the duos video of a new song titled 'He’s Calling Me,' based on the story of Moses being called by God to lead the Israelites out of Egypt. Viewers were invited to sing along on the refrain:
Hear him calling me
Is this right for me?
Do his work through my hand
Help when I can’t stand
Reach the promised land
The entire video with lyrics can be seen on Katie Ann’s website, www.katieannmusic.com.
Originally MC ZiLL and Katie Ann had planned to perform their song in person, but sadly they could not perform in Rochester because Jeff‘s father is seriously ill and is in the process of dying. The assembly is invited to hold Jeff and his family in their prayers. Telling the story of Moses using hip-hop is just one way to creatively tell the biblical story. This year’s assembly will feature a series of personal reflections from people across the synod on how they have made the story of God their story as well.
Being “grounded in Christ Jesus” is the first goal of Bishop Jon Macholz’ vision for the synod. This year’s assembly is designed to illuminate that goal." 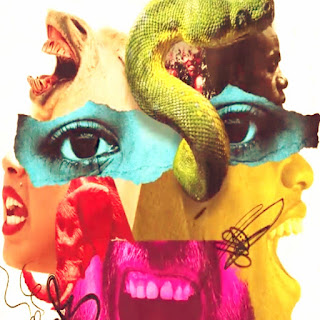 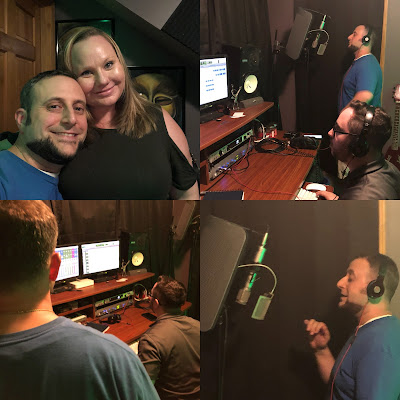 A chain of community events led us to this opportunity at a very impressionable time in our lives. The connection originated with meeting Pastor Debi Turley and asking her to ordain our wedding ceremony in August 2016. 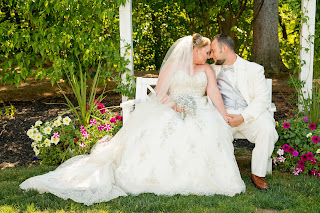 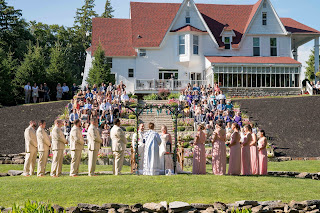 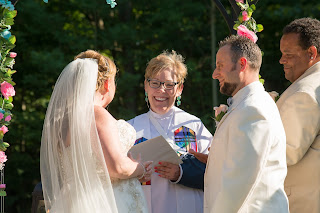 She said we left an impressionable mark because of our musical abilities. She had never before seen a bride score the music for her own wedding ceremony and was very fascinated with MC ZiLL's positive hip-hop skills. 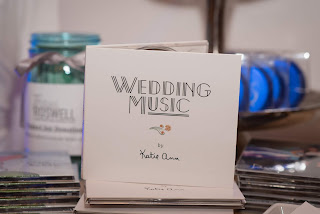 Devastation Calls
A year after our wedding, my husband and I arrived home from celebrating our blissful first anniversary (what we like to call our second honeymoon). Unfortunately, we came home to the worst news of our lives. ZiLL's father, Bob, was diagnosed with a glioblastoma, an aggressive grade IV tumor originating in the brain. More simply put, it was brain cancer.
My husband and I felt helpless but wanted to do something to help with the coping process. We designed Project Joy just in time for Christmas. It was a series of holiday musical concerts to raise awareness and money to help find a cure for brain cancer. 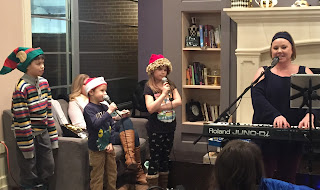 We reached out to Pastor Debi to ask if she would host a benefit concert at her church. She welcomed us with open arms and the event was a complete success. 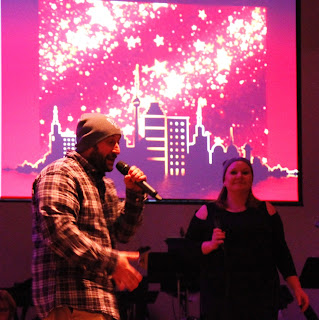 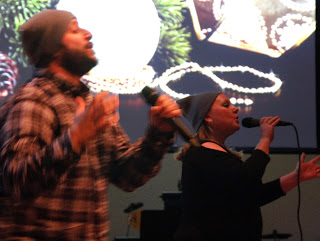 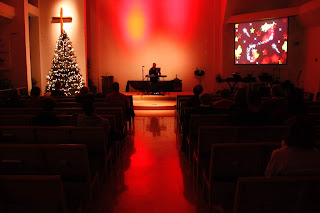 All of the proceeds raised went to Roswell Park Cancer Institute in Buffalo, NY, where my father-in-law was diagnosed with this terrible illness. 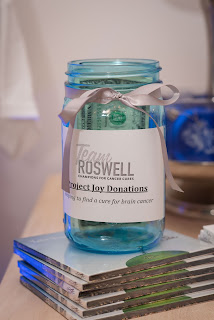 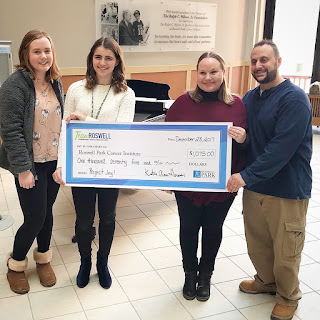 God's Plan
We prayed daily for a miracle but God had a different plan for Bob, one that was helplessly out of our control no matter how hard he fought. He started hospice care in December 2017. The days, weeks, and months went by for ZiLL and I. My father-in-law surprised us all with his stamina and ability to continue fighting for many months after he started with hospice.
Although Bob was as strong as they come, he only continued to grow weaker. It was agonizing knowing the inevitable was coming but not knowing when his struggle would end. Our family made the most out of this heartbreaking situation by cherishing what felt like "extra time together."
Little did we know what inspiration was about to come next. In May, we received a message from Pastor Debi asking us to write a hip-hop song about a biblical story. Pastor Debi selected the infamous story of Moses being called by God to lead the Israelites out of Egypt. She wanted us to perform the song for an important assembly in Rochester, NY, called the Synod Assembly.
Having only three weeks to complete the project, we channeled our artistic energies. We utilized the collective fire inside us, inspired by this creative opportunity, to quickly create the song and accompanied sharp lyric video.
https://youtu.be/5sDwgeTXELU
As the assembly grew closer, Bob became extremely ill by experiencing multiple seizures. We received the dreadful call from ZiLL's mom, Anna, that Bob was approaching his final hours. Sadly, we were not be able to attend the assembly to perform after all. However, we found peace as we accepted God's plan and knew that it was ultimately God who led us to this opportunity in the first place. We were where we needed to be, with our family and my father-in-law during his final hours before he was called home. 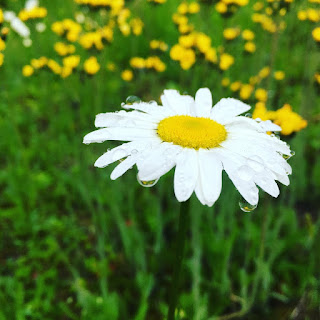 Photo courtesy of Bobby Angel
On June 6th, 2018, Bob passed away peacefully with his beloved family by his side. It has been challenging and heartbreaking to lose such a special person. We want to have children and knowing they will never meet their Grandpa Grossi in this life has been hard to accept, but we will always find special ways to remember him and celebrate his legacy.
The upcoming year will be a difficult transition with getting used to this "new normal," as holidays and other special events will never be the same. In all of this being said, we're finding peace knowing that Bob is resting in a better place and is no longer suffering. We know he'll continue to be with us and always watch over us as we continue our journey.
ZiLL and I are so thankful for all of the support and unconditional love we graciously received from our family, friends, and community members throughout this difficult period. We have connected with and continue to learn from many other families who have been tragically affected by cancer. The countless number of prayers, positive messages, and well wishes comforts us with a light and love of knowing that we are not alone. 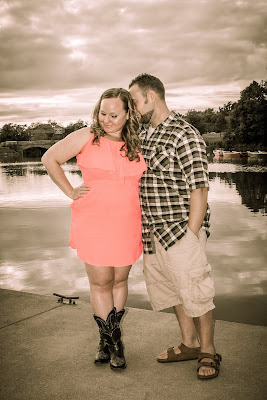 After The Calling
Pastor Debi enjoyed He's Calling Me so much that she has decided she wants to create an entire album with us. We are spending this summer and fall writing and developing the album. Creating He's Calling Me has helped us cope with all of the hardships and dark times we have experienced over the past 12 months. By allowing ourselves to slow down this summer, we are on the road to healing; enjoying the fruit of our labor and doing the simple things that make us happy.
Please subscribe to my email list to stay updated with the release information for our upcoming albums. 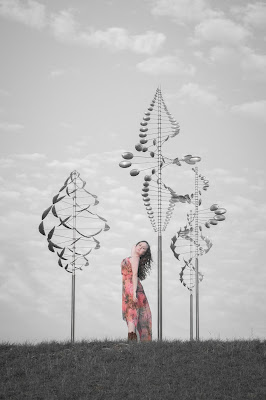